Reposting a blog from my friend Bob Ekblad, originally posted on his website.
I’d love to hear your thoughts in the comment section about how Christians should respond to violence. 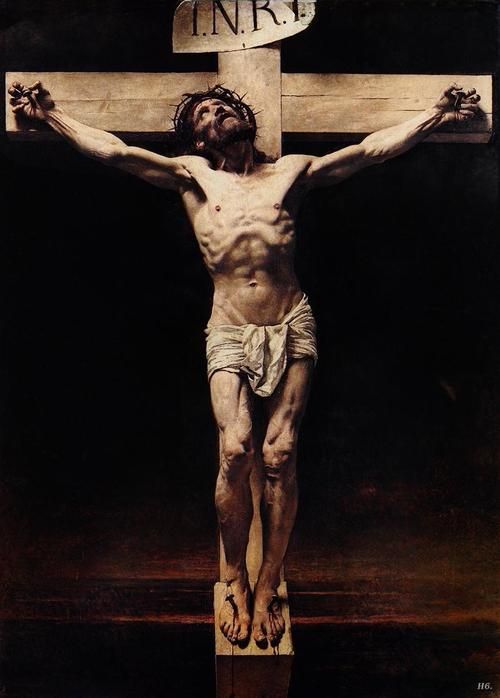 Acts of vengeance to vindicate honor have been in the press on a near daily basis this past month, causing me to think seriously about how Jesus exposes and deals with human violence and reveals God’s radical, shame-disarming power.

In the immediate aftermath of Charlie Hebdo’s most recent depiction of the Prophet Mohammed, crowds of Muslims torched Christian churches in Niger, stormed a Christian school in Pakistan, and expressed their outrage toward France and the West in many other places.

The beheadings of two Japanese hostages and the burning alive of a captured Jordanian Air Force pilot by ISIS were followed immediately by Jordan’s execution of two militants and the death of 55 ISIS jihadists in Mosul through airstrikes.

“We are upping the ante. We’re going after them wherever they are, with everything that we have. But it’s not the beginning, and it’s certainly not the end,” Jordanian foreign minister Judeh said.

The US coalition continues to show its power by bombarding ISIS troops, and the cycle of violence will only get worse. How are we to proclaim Jesus as the answer in these dark and violent times?

Isaiah 53 begins with a question posed by people who have heard news that is counter intuitive to the logic of redemptive violence. “Who has believed our report?” they ask, seeming to suggest that not everyone has or will. A second question prepares the reader for a description of God’s saving servant: “Upon whom has the arm of the Lord been revealed?”

The arm of the Lord in the Old Testament is synonymous with God’s power (Isaiah 40:10; 48:14; 51:5) and is the means by which God intervenes in history.  The verb gālâ (translated“ reveal”) means to uncover, expose, or make naked; this verb invites the translation “upon whom has God’s power been uncovered (or bared)?”

The next verses of Isaiah 53 describe God’s naked power visible in a figure who has no form or majesty or attractive appearance, who is despised, forsaken—a man of sorrows who grieves and is not valued.

Unlike the armed forces of this world (the US coalition, Jordan, ISIS, the Israelis and many others), God’s servant bears our grief and carries our sorrows. The servant is even perceived as punished by God (v. 4). Speaking as the exiled prophetic community in the heart of an oppressive empire (Babylon), Isaiah describes God’s servant in ways that prefigure Jesus and show us a way to think about redemptive suffering and shame-bearing:

“But he was pierced through for our transgressions, he was crushed for our iniquities; the chastening for our well-being fell upon him, and by his scourging we are healed. All of us like sheep have gone astray, each of us has turned to his own way; but the Lord has caused the iniquity of us all to fall on Him” (Isaiah 53:6–7).

The first Christians saw Jesus as fulfilling this description of the Lord’s servant. Jesus reveals God’s power by letting humans strip him naked and nail him to a cross—exposing our violence and neutralizing it. He achieves his victory over shame, dishonor and death through submitting to it as innocent victim alongside us and on our behalf.

Before his enemies arrest him, Jesus freely offers his broken body and blood to the disciples around the table, inviting them and us to continue feeding on his vulnerable flesh and lifeblood “in remembrance of me.” He is raised to life by the Father, embodying victory over death and guaranteeing us his abiding presence with us now and forever.

Paul recognizes the offense of Jesus’ way of being Savior when he writes of Jesus’ cross as “foolishness to those who are perishing.”  But, he continues, “to us who are being saved, it is the power of God” (1 Corinthians 1:18).  He goes on to describe how this very different power of God, which he calls “the foolishness of the cross”, is a weapon against the world’s wisdom:  “I will destroy the wisdom of the wise, and the cleverness of the clever I will set aside” (1 Corinthians 1:19).

Jesus reveals God’s embodied wisdom that destroys the conventional wisdom behind ISIS executions, Jordan’s retaliation, the US coalition’s strategy to annihilate ISIS and vengeance in all the forms and the logic of shame that we’re seeing played out throughout our world.

Those in power in Jesus’ day did not believe in Jesus or his way of saving the world—and we can expect similar resistance today. Jesus identifies himself as the “stone which the builders rejected” (Luke 20:17–18), and all of the Gospel writers take note of this (see John 1:10–11). Believing Jesus is the “cornerstone” of the Kingdom of God requires faith, which is a gift from God that we can choose to receive.

As I witness the escalation of counter-terrorism efforts in Europe, mob reactions to dishonor and increasing violence and suffering in the Middle East, I find myself feeling drawn to contemplate and talk about the crucified one afresh, rediscovering the effective practice of Paul’s proclamation:

“But we preach Christ crucified, to Jews a stumbling block and to Gentiles foolishness, but to those who are the called, both Jews and Greeks, Christ the power of God and the wisdom of God.  Because the foolishness of God is wiser than men, and the weakness of God is stronger than men.” (1 Corinthians 1:24–25).

What are your thoughts in response to Bob’s post?
How do you believe Christians should respond to acts of violence?