Today I took a pause to watch the wildlife on a street corner in Bangkok. He was quite a specimen of a rat. At least a foot long (without measuring his tail) and stoutly built. He was balding a bit on his back – mange perhaps? – but that’s to be expected with all of the acid rain we’ve had flowing through the streets lately. He scurried out of a sewer drain, over the curb, and nestled himself tightly between a garbage bag and trash bin.

As I watched him, I reflected on the conversation I’d had with Tom a few moments before. I had hardly begun the conversation and suddenly we were talking about Jesus. Tom – like many other male tourists I meet on the streets of Bangkok – took the conversation directly to religion. It didn’t take a word of knowledge to see that he came to Bangkok looking for something deeper. Tied around his neck was a Buddhist amulet, and as he told me all religions are the same – “Don’t lie, don’t steal…” As he rattled off a list of shared religious rules, I wondered how Jesus would have me relate to this man.

Tom spoke of being raised a Christian, and it was evident that in church he’d known hard rules and condemnation. He hadn’t known freedom. His experience had inoculated him from the power of the gospel, while teaching him a form of religiosity akin to any other. “Be good,” he had learned.

That rat, scurrying around the streets, can in no way change his lot in life by trying harder to be a good rat. Even if he follows all the rat rules, he will always be a rat and want to do rat things. Even if he manages to be the biggest, baddest rat on the block – he’s fundamentally still a rat. Maybe, if he cleaned up a little… bathed… stopped eating out of trash cans? 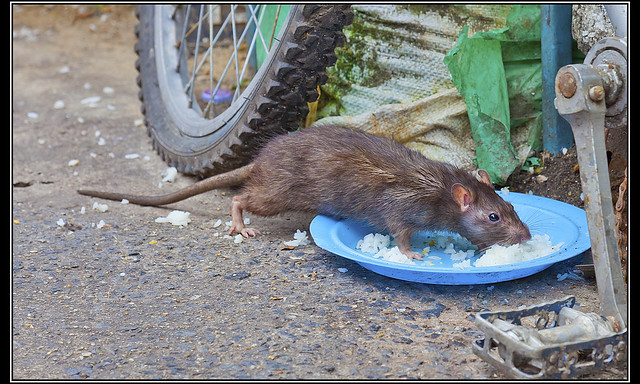 He’d still be a rat.

Religion can make a good rat… or at least a self-righteous one. The gospel of Jesus – the good news – actually transforms us into new creatures. The gospel doesn’t make us better – it makes us new. It gives us an elementally new dimension of life that was impossible to even imagine beforehand. I live differently not because I work harder or follow all the rules, but because a new power has been awakened within me. I desire different things. I am fundamentally transformed. I come alive from the dead, spiritually born! Transformed inside, not forced to conform by outside manipulation or control. The gospel of Jesus is raw power.

Have you tasted that transforming power?

If you’re longing for something more than what you’ve ever been able to experience, I think God is calling you to be spiritually born to real life.

Posted by Jennie Joy on September 24, 2012 in Relationship.