Would you join us in prayer?

My heart has been burdened for several weeks now for the people of Nuba Mountains in Sudan. Three weeks ago tomorrow, the government of Sudan began bombing and senselessly killing their own citizens in the Nuba Mountains. Why? Well, they call it jihad (holy war), but they are attacking and killing both Christians and Muslims. The common denominator? They are all black Sudanese. This is ethnic cleansing.

Some of you know of Malik, the boy who became my brother during my time in Sudan. He is from Nuba – the part of Sudan that is being bombarded – where estimates of 73,000 people have been displaced from their homes in the last three weeks of violence from the government of North Sudan.

Malik in his homeland of Nuba Mountains

I remember sitting around the campfire at night with Malik as he would retell stories of hiding for weeks in the caves to escape bombings when he was a little boy. His homeland has been war torn for many years – with estimates of 200,000 people killed in the 1990’s. This latest violence is just another episode in a history of genocidal calls for jihad against his people.

Here are some photos of Malik’s people in Nuba. He took these photos when he visited his family a little over a year ago. 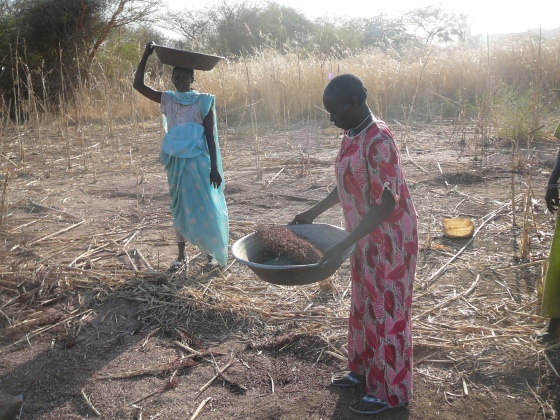 Malik's Father, Kafi, takes a rest in the shade with his neighbor after harvesting sesame grain 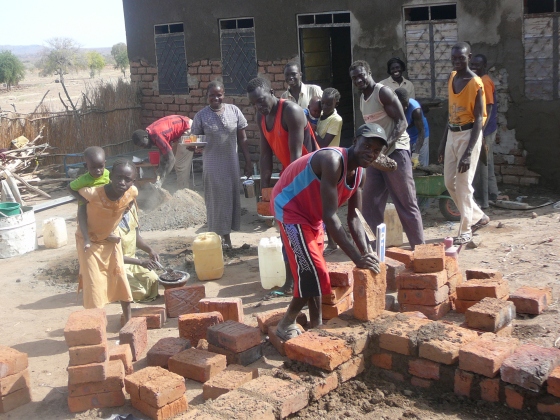 Today, there are real people really being bombed and killed senselessly in a remote part of Sudan – and they are appealing for others to stand with them in prayer for an end to the violence.

Malik has not heard anything from his family since the violence began. Irina, who is in Sudan now, shares here how it has been to stand with Malik and our other friends from Nuba during this time.

I invite you to join this Facebook page to receive more updates about the situation in the Nuba Mountains – and I ask you to please fast and pray with me and many others tomorrow (June 26th) on their behalf.